How are sandbags piled up during flood fighting?

Sandbags for flood control are mainly stacked one after another (according to the severity of the flood), to resist the impact of water.

First of all, after the flood rushes to the sandbags, although water will seep into the gaps in the sand, under the action of complex factors such as the surface tension of the water, the sand and water will be temporarily combined into one body, and the entire sandbag will become very heavy and able to withstand the flood. Enormous pressure.

Secondly, when water enters the voids of the sand, the sand will become "hard" as a whole under the effect of surface tension and other complex factors, but at the same time it will become sticky and soft enough. This kind of wet sand can build a "castle", and it can also make the sandbags shape the desired shape, nesting each other without leaving gaps, preventing floods from intruding into the sandbag gaps.

These characteristics of sandbags determine that it can play a role in "blocking" and "blocking" floods.

It is said that laying sandbags is a technical task, and it is estimated that few people will admit it. In fact, it is really difficult for ordinary people to scientifically use sandbags for flood control.

Researchers from the University of Manitoba in Canada conducted an experiment and asked two groups of people to build sandbags and dams. One group was a professional engineer and the other group was an ordinary volunteer. The sandbag dam built by professionals is about 12 feet (about 3.66 meters) high, which is very effective in practice, while the 6 feet (about 1.83 meters) high sandbag dam built by ordinary volunteers collapsed when the water level reached a high point. .

This shows a problem: the sandbag is useful, it depends on whether you can use it.

So, what are the scientific principles of sandbag stacking?

I remember that when I was in middle school, there was an experiment in physics class: an empty plastic beverage bottle was used to pierce four small holes longitudinally and equidistantly with an awl, and tape (or plasticine) to seal the four small holes. Fill the bottle with water, remove the tape, and see which hole sprays the farthest water.

The result of the test is that the water from the bottom hole sprays the farthest. The physics behind this is that the pressure of still water is proportional to the depth of the water. 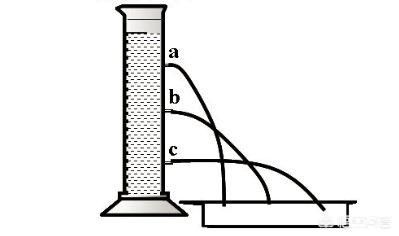 When this principle is applied to the placement of sandbags, the scientific placement of sandbags can choose trapezoidal placement. Because the lower part of the "sandbag wall" bears more force and the upper part bears less force, this placement method can play a much more effective role in resisting floods 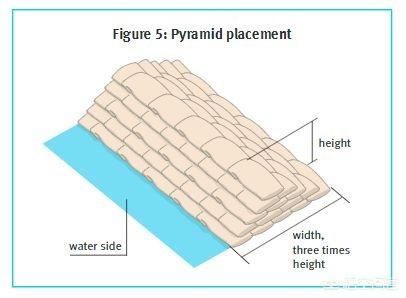 In addition, there is also particular care when placing each sandbag in the base. Generally, there are two ways: "herringbone" and "brick wall".

The brick wall shape is the stacking method below. The sandbags on the second layer should be placed between the two sandbags on the first layer to effectively keep water away.

2. Every time a sandbag is placed, step on it with your foot to make the soft sand tighter and effectively waterproof.